​The work is seemingly interactive; a single participant enters a booth for a Skype call with “Marko Sandoval” an expert in the “Panama Method”, a self-improvement method that he has explored in Panama. Using face recognition software that detects facial reactions, Marko Sandoval reads personal data and analyses the participant’s character. He offers a pseudo-scientific, pseudo-psychological counsel.
During the talk, weird glitches start appearing: a change in Marko Sandoval’s surroundings, a change of his shirt and finally the appearance of a woman who talks with his voice, revels to the participants that it was in fact not a live conversation, but rather a pre-recorded video which runs on a computer.
Outside the booth stands an assistant who welcomes participants to enter the conversation and activates the video. In addition, a promotion video for the method is displayed outside the booth, encouraging the audience to take part.
The ‘Promotion video’ was filmed by the group members in several touristic destinations (Thailand, Dominican Republic and Panama) creating a flat image of “the good life”, forming a false notion of an exotic and dreamy non-place. This video gives the spectator the first hint for the embezzlement he is about to experience, as it presents an aesthetics of cheap advertainments for similar frauds.
The work puts the relationship of audience and technology centre stage. Initial trust turns into doubt, then into disillusion, and finally it might lead to introspection. It questions how much trust we should put into scientific, psychometric explanations of our lives, how much we should believe authority figures, and how authentic our technology-mediated communication is. 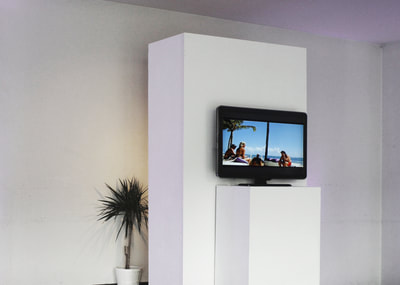 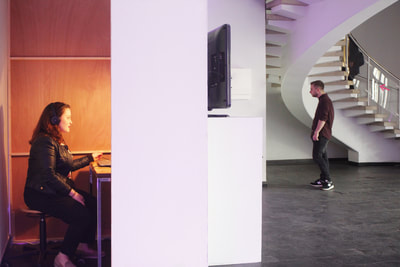 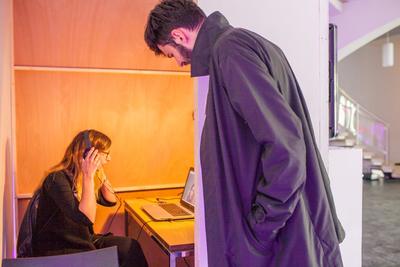 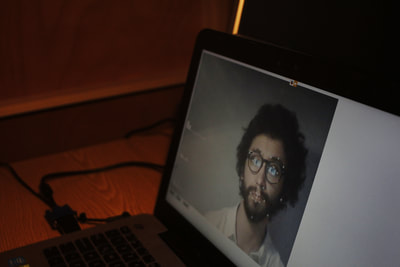 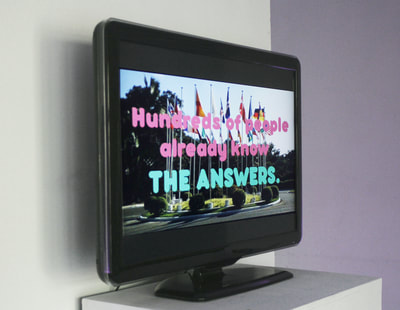